The 5-year-old had nodded off while waiting for her 10-year-old brother to be treated for scabies at the clinic in the Long Beach Convention & Entertainment Center, which she currently calls home. Nurse Chai-Chih Huang asked if she wanted to be taken back to her dormitory to sleep.

“She looked so sad and didn’t say anything,” Huang recalled. The girl’s brother explained that they had been separated for a week during their journey. His sister cried every day without him, he said. Now, she wanted to stick close at all times.

“This has been pretty hard,” Huang told Kaiser Health News later. She knew few details of the siblings’ story, but many of the children at the center had trekked across hundreds of miles of dangerous lands guided by a smuggler.

The siblings, not named for privacy reasons, are among the hundreds of children, mostly from Central America, attempting to cross the U.S. border alone from Mexico each day. After brief detention by the Border Patrol, they are sent to shelters run by the Department of Health and Human Services while officials seek to unite them with relatives or other sponsors in the United States.

Long Beach offered housing at its convention center as part of a Biden administration effort to move children more quickly from the forbidding border housing where they are held initially. Those harsh settings, where at least five children died in 2018 and 2019, provoked a backlash against the Trump administration’s immigration policies.

The Long Beach location is one of more than a dozen temporary homes the federal government has set up for a massive influx of children. On Monday, it housed 115 children — a mix of girls up to age 17 and boys up to 12, out of consideration for their privacy and safety, an HHS official said — and had connected 755 others with relatives or sponsors since the first children arrived on April 22. Federal officials, citing the safety and privacy of the children, have not allowed news media to enter the facility.

The children arrive at the Long Beach facility by bus, scared and timid but “very well behaved,” said Huang, director of pediatric nursing at Mattel Children’s Hospital of UCLA Health, who is doing temporary duty at the shelter. “They warm up to the staff here and when they get to know you and start talking to you, it melts your heart.”

DRC Emergency Services, a government contractor that typically performs jobs such as debris removal after hurricanes, subcontracted with UCLA Health, UC Irvine Health, Children’s Hospital of Orange County and other providers to care for the children.

“We can imagine they have been through a lot,” said Jennie Sierra, nursing director in the neonatal intensive care unit at the Orange County hospital. “They’re very grateful, and they’re an amazing, resilient group.”

“Most of my nurses here come from immigrant families, and we consider it an honor and privilege to serve in this capacity,” she said.

Before this year’s surge of migrants at the U.S. border, HHS ran about 200 such facilities in 22 states. It has announced plans to double capacity by adding about 18,500 emergency beds this year and has signed $400 million in contracts to provide services for unaccompanied children. The federal government is paying about $35 million to house and care for the children at the Long Beach Convention Center through Aug. 2.

“Border Patrol stations were never designed to be places for minors to be held for any period of time,” said Border Patrol spokesperson Matthew Dyman. The cells were intended for “single adult males to be quickly turned around — and not for families or children.”

The Border Patrol can legally hold the children 72 hours before putting them in the custody of HHS’ Office of Refugee Resettlement, which looks for relatives or sponsors in the United States pending immigration hearings.

On Monday, HHS was caring for 15,365 children at facilities around the country and discharged 412 into communities. HHS Secretary Xavier Becerra said in May that the agency had reduced time spent in the emergency shelters to an average of 29 days, down from 40 days in late January.

Within two days of their arrival at Long Beach, the children get a health assessment at a pediatric clinic set up by UCLA Health.

Many come with chronic headaches and stomachaches. Some have rough or broken skin, swollen and infected feet, or rashes caused by filth and clothes rubbing against skin on long marches. Some have colds — or COVID-19; as of Monday, two cases were recorded among children at the convention center. The children stay in isolation and receive appropriate care.

While mental health therapy is limited, visibly sad or anxious children can get counseling, and children can take part in weekly group discussions overseen by clinicians, said David Kosub, a federal spokesperson for the Long Beach site. Referrals are provided in the communities to which they are moving, he said.

Caring for the kids “has been very moving and meaningful, even life-changing,” said Dr. Charles Golden, a pediatrician and executive medical director of Children’s Hospital of Orange County’s primary care network.

The doctors and nurses feel loved by their charges, he said. One day, Golden saw a group of children sitting in a circle, playing games. “They came over and gave me a big hug.”

UCLA staffers painted murals for the children, who have access to classrooms, indoor and outdoor play spaces, TVs, soccer nets, hula hoops and ample board games.

They have books and music from their homelands: punta, marimba, merengue, cumbia and bachata, said UCLA Health child life specialist Tracy Reyes Serrano. Performers have played for the children, too, she said.

“When the kids hear songs they recognize, it lifts their spirits; they’re quick to get up and dance and sing, and we’re happy to join them,” she said.

The Long Beach Community Foundation launched a Migrant Children Support Fund that has raised $200,000, said foundation President and Chief Executive Marcelle Epley. The money has gone to educational programs and toys, as well as gift cards that HHS can distribute once the children are settled with families. Long Beach residents have donated books, toys and personalized notes in Spanish.

Sierra recalled a girl who said she wanted to learn English and become a pediatrician.

“I told her, ‘This is a great country with great opportunities. You’re going to be an amazing doctor,’” Sierra said.

U.S. Rep. Nanette Diaz Barragán, a Democrat who represents North Long Beach and the Port of Los Angeles, visited the center May 6 and met children who “seemed to be in a state of hope, smiling and anxious to talk,” including a young boy from Honduras.

“He was very happy until I asked about his home country and he looked like he wanted to cry,” she said. “Someone in our group said, ‘It’s beautiful there,’ and he said ‘No, it’s bad,’ and talked about gangs and violence. He was willing to disagree with an adult.”

The children’s histories are mostly a mystery to their temporary caretakers, said Jennifer Sablan Panopio, a nurse manager in UCI Health’s neonatal intensive care unit who has been the health system’s lead nurse in Long Beach. “We can at least help give them a positive experience here, a good start.” 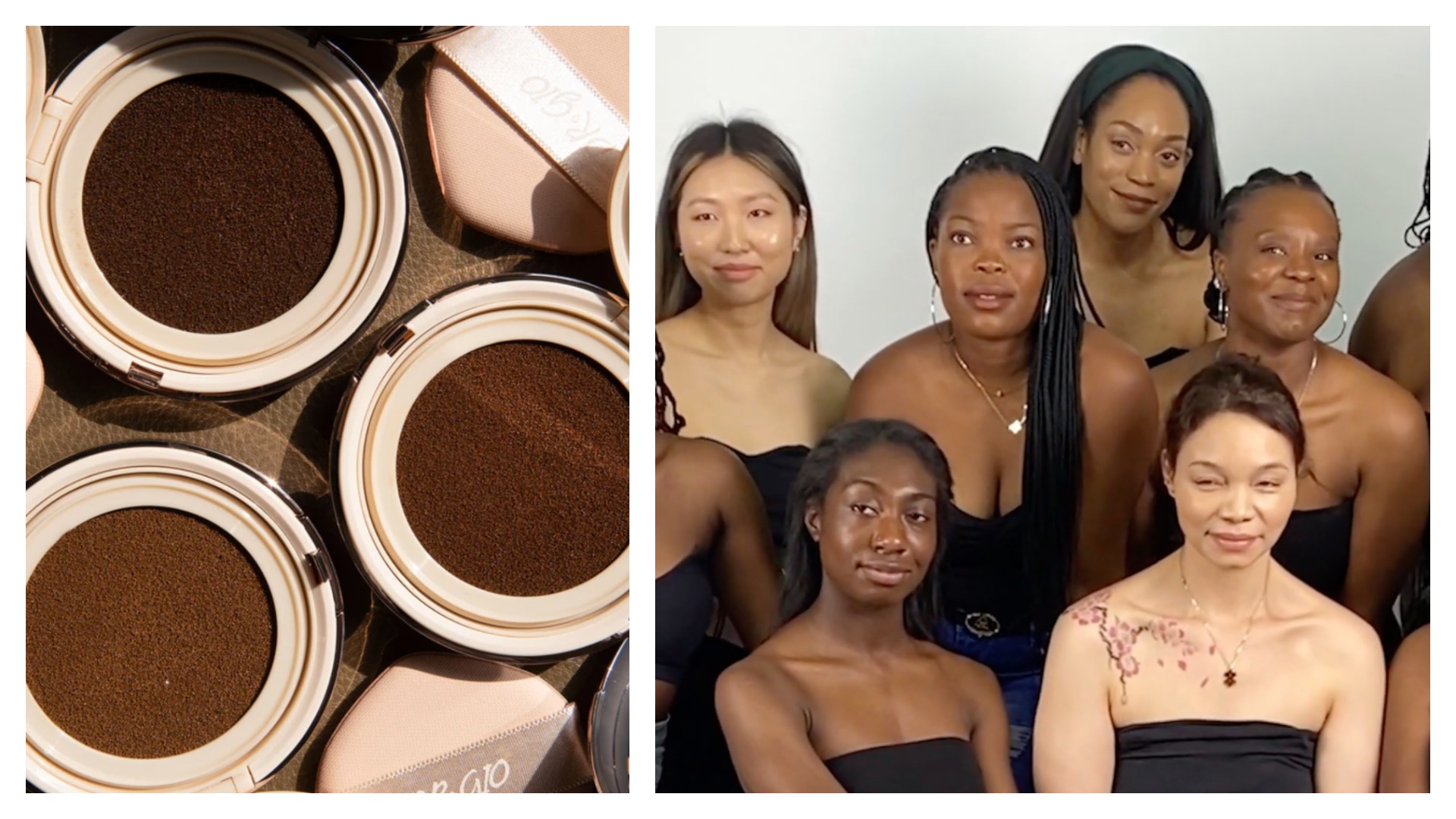 Next post Dr. Gio Cosmetics is the Black-owned K-beauty brand for darker shades