Growing up, publisher Ben Sclair thought having a plane in his garage was normal. At his childhood home in Washington State, his family owned four, one of which he built with his father at the age of thirteen. It was at a sleepover at the age of six when he realised he couldn’t find his friend’s collection of planes that he twigged his lifestyle — like the rest of the community he lived in, known as an ‘airpark’ — was out of the ordinary. “I wandered around the house and looked out in the garage and backyard and I asked ‘where’s your airplanes? Where’s your runway?’” he says.

Airparks, or fly-in communities, refer to areas predominantly in America where all or most of the residents own an airplane typically stored in a hangar attached to their home. There are reported to be over 630 residential airparks in the world; the first developed in California in 1946.

One of the most famous residents to live in one such community is John Travolta, who owned a property in a Florida airpark, which he put on the market for $10.5m back in 2019. The home, where he stored his Boeing 707 — a plane previously owned by Frank Sinatra and originally designed to carry 140 passengers until it became a luxury private jet for 25 people — was in the exclusive Jumbolair Aviation Estates, a gated community with beautiful rolling hills and horses grazing fields which boast the longest private runway in the US.

Jumbolair was made notorious by Travolta, but it is Alpine Airpark in Wyoming that is most renowned among aviation enthusiasts. “The only difference between a more simple airpark versus a high-end one is the amenities that come with it,” says Sclair, co-publisher of newspaper General Aviation News and the website Living With Your Plane.

It helps that Wyoming is a tax haven. “For people who have sold businesses or make a lot of money, [living there] is a great way to save money,” says realtor and resident of Alpine Airpark Lisa Knutson.

Alpine Airpark has a host of nearby attractions, including two of the country’s most prized national parks — Yellowstone and Grand Teton National Park — ski resorts, and Palisade Reservoir, which is known for trout fishing. “Then in the winter, we have 300 miles of groomed snowmobile trails. Wyoming is rated one of the top destination spots for snowmobiling in the United States,” Knutson adds.

On offer right now at the airpark is beachfront property going for almost $5m, which comes with a 5,850 square foot heated hangar. There is also a three bedroom townhouse for just under $1.5m, advertised as a spot “for the pilot who doesn’t want concerns over a large home.”

Sure, beautiful views are divine, but the real privilege for aviation-lovers is having their planes close by so that they can fly without much planning. Private jet terminals, where the majority of private planes are stored, are less luxurious than you might imagine. Often in far flung locations, the planes are wedged together to fit as many as possible, meaning others have to be moved before an owner can access their own. Hours of maneuvering is hardly ideal for someone who wakes up in the morning itching to fly.

“Where you might say, ‘let’s go for lunch in town’, we look at California and we can say, let’s jump in an airplane and go for lunch at Half Moon Bay, [a small city on the coast just south of San Francisco], pick up a fish and come back. That freedom is extremely attractive,” says private pilot Diane Shariff who lives with her partner James R. Edixon II, a professional airline captain, in Cameron Airpark Estates in California.

“We go to the coast when it’s hot and there are little runways everywhere, right on the beach. We put our foldable bicycles in the back of the airplane, land in some obscure place (you would be surprised at how many little airports there are), jump on our bikes, go for lunch and then come home.”

Shariff and Edixon met at a fuel pump near the airpark. “Most airports have self-serve fuel pumps where you can fill up your own airplane just like you would a car, except airplanes have two fuel tanks — one in each wing,” Shariff says. They own five planes including a Piper Cherokee worth roughly $40k and two high-end planes, a Piper Seneca and Twin Beech, each around $175k. The operational cost, they calculate, is around $100/hour of flight for the little airplanes and $750/hour for the Twin Beech.

Burl Skaggs, president of the neighbourhood district, agrees with the independence living with your plane offers. Owning a plane meant that when he decided to move homes, he could look beyond areas commutable by car or train to his job at SLAC National Accelerator Laboratory in San Francisco. “We ended up purchasing a lot and then having a house built with accommodation for airplanes,” he says. For seven years, a three and a half hour drive to work took him forty minutes until he recently retired.

Unlike other airparks which are often in more rural secluded areas, Cameron Airpark Estates is closer to surrounding cities. “It looks like an upper middle-class and rising community surrounded by a city,” Skaggs says.

The large hangers attached to homes also attract people with collections of other vehicles. “Roughly half of the people [in the airpark] are active with airplanes. The other half may or may not even own one, but they use the space for their car collections,” Skaggs says, noting that the hangars in his community are often the size of a house to accommodate multiple vehicles.

However, some airparks make it a requirement that residents own planes in order to avoid local disputes. “It can be a challenge, because we have to convince people to support the aviation side of things, even though they don’t participate strongly with it,” says Skaggs.

A common joke among airpark communities is the ‘$100 burger’. “You fly 35 minutes and have a burger at the airport restaurant and then you fly back home, [which costs] a hundred dollars in gas,” says Sclair. But Edixon and Shariff say it could cost hundreds of dollars more depending on what plane the person making the trip decides to use — and there’s a step up from burgers.

“There is a little runaway by a steakhouse in the San Joaquin Valley and all the cows are roaming around. We fly down there, have dinner, pick up steaks and fly home,” Shariff says. According to Shariff, it is 150 nautical miles from Cameron Airpark, which converts to 278 kilometers. She totals the price of a round trip to $130 for a single engine plane, $260 to $300 for a twin engine and $560 for their Twin Beech. “That doesn’t include the hamburger. If we are going to spend that much on fuel, we usually get the prime rib,” she jokes.

But, according to a study published by Common Wealth Think Tank, private jet passengers create ten times as much greenhouse gas as an economy class traveller on a commercial flight, as well as 150 times more than those travelling by train. Royals have been criticised about their regular use of private jets — but where do airpark residents stand?

I’m given a disappointed but unsuprised look each time I ask. “We’re moving toward electric airplanes and huge high-tech firms in Silicon Valley are working on it all the time,” says Edison. “Compared to driving, they’re pretty efficient because of the amount of speed. So from a car commute versus an airplane commute, airplanes actually [cause] less of an impact as far as use of fuels,” Skaggs adds. Whether this is true or not has to do with factors such as the number of passengers, number of stops, distance, and size of the mode of transport, but it is clear that nobody is keen to debate it.

That being said, the appeal of having a selection of planes right next to your home does not sound so absurd after over a year confined by Covid-19 — if you’re the type to spend hundreds of pounds on a burger that is.

Sign up for the Telegraph Luxury newsletter for your weekly dose of exquisite taste and expert opinion. 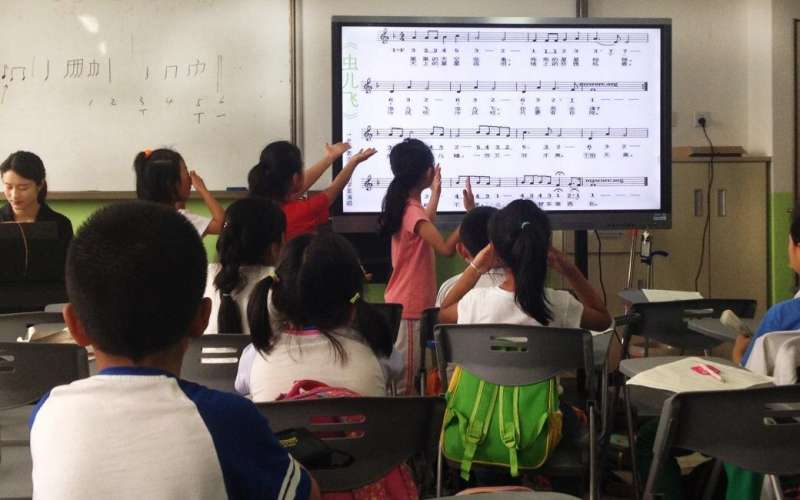