Courtesy of the Chataigne Family

Stylist Melissa Chataigne is opening up about her passion for helping people look and feel their best, whether she’s on E!’s Daily Pop and TODAY or with her clients. It’s the 39-year-old Chicago native’s way of honoring her sister Jenny Chataigne, who died of suicide in 2010 when she was just 21.

“[In] my newsletters, my weekly talk to my community, I rarely talk about style,” Melissa tells PEOPLE to mark World Suicide Prevention Day on Sept. 10. “It’s about, ‘How are you living? How do you feel? How can we show up better? How could we be kinder to ourselves?’ But it’s all about Jenny. It all goes back to Jenny.”

“Everything I do is about suicide prevention,” she adds, noting that trying to help people who feel so desperate they want to end their own life is “not about the last resort of making a phone call.”

“The clothes you put on your body, everything that you do — to me, the lifestyle you create is about suicide prevention,” says Melissa.

The stylist is talking about the pain of losing her little sister during National Suicide Prevention Week, which ends on Sept. 11. Despite speaking multiple times a day with Jenny, a Marquette University student who was studying theater and public relations, Melissa says she had no inkling that her sibling, who suffered from depression, was suicidal.

RELATED: How to Recognize When a Loved One May Be Considering Suicide, and the Best Ways to Help

“She was an overachiever — straight As, all the teachers loved her. Never would like to show a crack of imperfection, and I think her striving to be perfect is what led to her downfall,” she says of her sister, whom she describes as the “kindest, sweetest person.”

It was Aug. 28, 2010 when Melissa learned the devastating news that her sister — who had gone missing just a couple days earlier — was found dead inside her car at a forest preserve in Bartlett, Illinois.

Their parents, Duke and Carole, who were expecting her home from college, had been frantic with worry. In the end, Jenny was found less than two miles from the family home.

“My dad is convinced that she drove past the house and wanted to come in but was too scared and didn’t want to deal with it,” she says of her sister, who would regularly worry that she was a burden to loved ones.

Melissa believes that Jenny, ever the “perfectionist,” was “overwhelmed” by the life-changing decisions she faced.

“I wish we were able to talk about it more,” she says. “She had three credit hours [left] to graduate college. She was so confused on her next steps as a young adult… ‘Where am I going to live? What job am I going to have?’ “

If she could go back in time, Melissa wishes she could tell Jenny to “just hold on.”

On the anniversary of Jenny’s death, the fashionista always honors her sister in some special way. This year it was a Hope for Haiti fundraiser to help victims of the Aug. 14 earthquake in their parents’ birthplace. Most years she also participates in the American Foundation for Suicide Prevention fundraising walks.

Courtesy of the Chataigne Family Melissa Chataigne honoring her sister Jenny on an American Foundation for Suicide Prevention fundraising walk.

RELATED: Here’s How You Can Help Someone Struggling With Suicidal Ideation

She honors Jenny’s life in another way: by urging people to prioritize their wellbeing, which for her includes daily meditation, yoga and positive affirmations.

“That helps me be the best person I can be and those are tools to prevent depression and suicide,” Melissa says. “A lot of people like to label it ‘self-care’ and ‘wellness,’ but these are just everyday tools that people should be using, because the world is a very stressful place.”

Ultimately, her message to anyone who is feeling suicidal is simple: “Just wait,” she says. “Just call that one person that you know has always got your back… [Know] that you are wanted here on this earth and that you are enough and that you [are] loved. People want you here. Do not give up.”

If you or someone you know is considering suicide, please contact the National Suicide Prevention Lifeline at 1-800-273-TALK (8255), text “STRENGTH” to the Crisis Text Line at 741-741 or go to suicidepreventionlifeline.org. 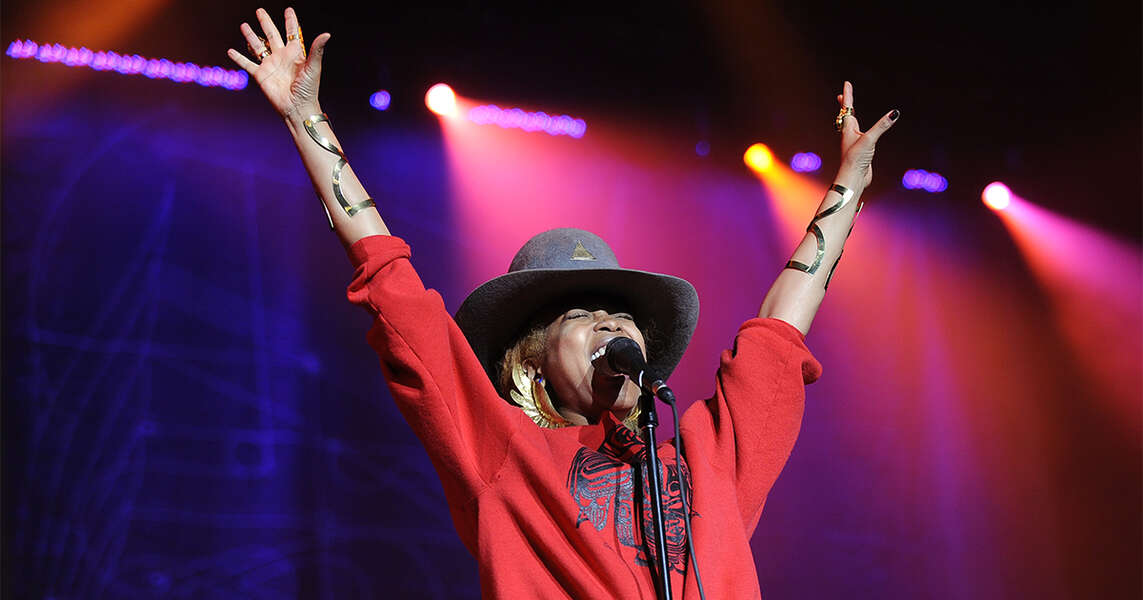 Next post Pitchfork Music Festival 2021 Guide: Who To See and What Are The Best Bands