Longevity and lifestyle are often considered to be closely connected, and 91-year-old Nedra Dean, of Prineville, is a testament to that hypothesis.

Nedra came to Prineville in 1996. She and her husband were living in New Mexico, as he was retired from the Shell Corporation. With declining health, the Deans made the decision to move to Prineville, where their son, Jim Dean, was living.

“At the time, he was working for the fire department,” said Nedra. “Finally, he said to me, ‘Mom, you guys better move here because you are going to need me,’ which was very true.”

They moved to a newer neighborhood in Prineville, and only four years later, her husband passed away.

“I am so thankful that my son was here,” she added.

Nedra’s daughter lives in Eugene, and both of her kids were there for her at that crucial time. She came to love the community and her neighborhood. Her friends are in her church—the Seventh-day Adventist Church.

“I like Prineville. It’s like New Mexico in an awful lot of ways. People are people wherever you go,” she emphasized.

She went on to say that if she needs anything, she can count on any of the members of her church to come and help—all she needs to do is make a phone call. Some of her close friends, Yolanda and Ron Jahn, are especially important to her.

“I think it’s just the feeling of knowing—the knowledge—that if I had to have really drastic help, I know who to call,” Nedra said.

“Being friends with Nedra for over 20 years is like sitting at Mother’s feet, listening spellbound to amazing stories of her childhood and her life as a young adult, as a mother, as a grandmother, and as a Christian,” commented Yolanda Jahn of their friendship.

“Nedra was only 8 years old when she felt God tugging at her heartstrings with the need to know Him, have a relationship with Him, and learn spiritual truth from His written word, the Bible. As a Seventh-day Adventist Christian, Nedra has blessed the lives of her family and friends both in the church and in the community with her steadfast love and care, her wise and spiritual counsel, and her faithfulness to God,” Yolanda went on to say.

“Through the years, Nedra has served her Lord in many capacities in the church and in the community. My husband, Ron, and I will forever be grateful for her unwavering support, love and care, and her enduring friendship,” she concluded.

Nedra was an only child, and when she was orphaned as a young child, she was raised by her grandparents.

“I know what it’s like to be alone, and I am probably trained to that type of living—I would probably go crazy if I had eight or nine brothers or sisters right now. I am so adapted to living alone,” she said of her living arrangements.

Nedra has a very healthy lifestyle, and she has been a vegetarian since her daughter was in high school. She began cooking the vegetarian diet at that time. She also gets many products for her diet from the Jahns, and she feels that diet is extremely important to a healthy lifestyle.

“That is my life is my church, my Lord and my family,” she said of her priorities, and the fact that she has very little living family apart from her children and grandchildren.

When asked about advice she would pass on to younger people today, she emphasized the importance of having a healthy social life.

“Be careful of your social life,” she added. “You really need to teach your kids to form their life when they are little.”

In November 2005, National Geographic Magazine published a cover story, “The Secrets of a Long Life. Five Blue Zones.” The people inhabiting Blue Zones shared common lifestyle characteristics that contributed to their longevity. The evidence collected demonstrated why these populations lived a healthier and longer life than other populations. It included the populations who lived in the Blue Zones, including Okinawa, Japan; Sardinia, Italy; Costa Rica; Icaria, Greece; and Seventh-day Adventists in Loma Linda, California.

Jim Dean, Nedra’s son, indicated that his mother had benefitted greatly from her lifestyle as a Seventh-day Adventist. He noted that she had been a vegetarian her entire life.

“I am not a vegetarian, but there must be something to it, because she is 90 years old and doing pretty good.”

He emphasized that many folks who lived in the Blue Zone were vegetarians. Although they did not live in that specific area growing up, his sister attended a university in Loma Linda.

Nedra Dean pauses for a photo at her residence of 24 years in Prineville.

You count on us to stay informed and we depend on you to fund our efforts. Quality local journalism takes time and money. Please support us to protect the future of community journalism. 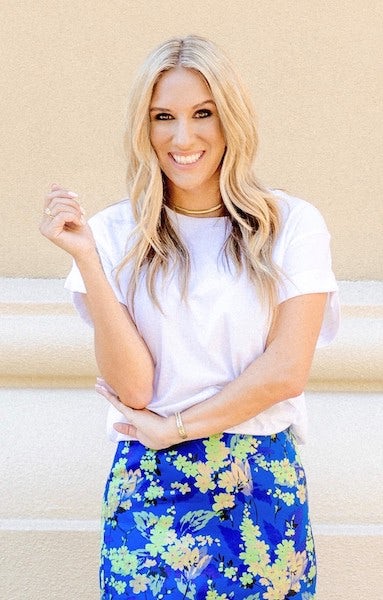