After the 2020 festival was canceled in response to the COVID-19 pandemic, it looks like the free, volunteer-run festival won’t be coming back this year.

Instead, organizers announced this week dates for next year’s Norman Music Fest, which is set to return April 28-30, 2022.

Although the wait is longer than fans were undoubtedly hoping for, it’s good to hear that one of the state’s coolest live music events will be back.

As a warm-up to next year’s fest, organizers are launching NMF Soundchecks, a series of free live concerts across Norman.

So far, plans have been announced for three of the free shows: July 10 in front of The Norman Depot, 200 S Jones, with Helen Kelter Skelter, Blushing and Mad Honey; Aug. 14 in front of the depot with the lineup to be announced; and Sept. 10-11 behind Opolis, 113 N Crawford, with the performers TBA.

For information and updates, go to https://www.facebook.com/NormanMusicFestival.

After a year’s hiatus due to the COVID-19 pandemic, Oklahoma country music superstar Toby Keith brought back his local fundraising Toby Keith & Friends Golf Classic for its 17th year earlier this month.

All in all, the gathering has now raised more than $15 million for the OK Kids Korral.

The biggest single bid at this year’s event was $100,000 for an AT&T Pebble Beach Pro-Am experience where the winner will get to walk the course with Keith during the tournament.

Along with the auctions, multi-platinum Show Dog Nashville recording artist Clay Walker performed, joined by the label’s founder, Keith himself.

As for the double-shotgun-start golf tournament, the team from Ace Hardware won the morning round, with the afternoon round taken by Tier 1 Contracting. Mark VanHoose won the closest-to-the-hole contest and the Harley Davidson that went with it.

For more information, go to www.tobykeithfoundation.org and look for my interview with Keith behind the scenes at his charity event coming soon.

JENKS — Three founding members of the rock band The Call — Scott Musick, the late Michael Been and Steve Huddleston — will be inducted into the Oklahoma Music Hall of Fame as part of the class of 2021.

The induction event is set for Aug. 28 — the 40th anniversary of The Call — at Maggie’s Music Box, 201 E Main in Jenks. Members of the band scheduled to attend the induction include Musick, Huddleston, Tom Ferrier, Greg Freeman and Jim Goodwin, according to a news release.

The Call will perform at the induction celebration, along with Musick and Tulsa’s Airtight Band.

Tickets are $10 each. The doors open at 4 p.m., and the induction presentation is at 5 p.m. Performances start at 6 p.m.

Musick is from Tulsa, and Huddleston is from Enid. Been hailed from Oklahoma City. They formed the rock band in 1980.

The band released nine studio albums over the two decades before disbanding in 2000. Their 1986 song “I Still Believe” was covered by Tim Cappello and included in the 1987 film “The Lost Boys.”

The band found significant success in 1989 with the anthem “Let the Day Begin,” which reached No. 1 on the Billboard U.S. Mainstream Rock chart. It was later used as the theme song for Al Gore’s 2000 presidential campaign.

Been died of an apparent heart attack in 2010 while touring in Belgium with his son Robert Levon Been’s band Black Rebel Motorcycle Club.

For more information on The Call’s induction event, go to https://www.facebook.com/OMHOFMuskogee or call 918-299-4924.

NORMAN — After taking a year off in 2020 due to the COVID-19 pandemic, Norman’s Riverwind Casino is bringing back its popular COOP Ale Works Beats & Bites Festival series for the fifth year.

Admission is $5, and attendees can partake of an array of local vendors offering craft beer and summer cuisine ranging from barbecue and Greek to wine and desserts. Face painting, clothing and jewelry vendors also be onsite along with the OG&E ThunderBolt and the Goldsby Fire Department.

On those four Saturdays, the centerpiece of the event will be live music from local stars and national acts, plus a fireworks display on Aug. 21 to celebrate Riverwind’s 15th birthday. Gates open at 5 p.m. and shows start at 6 p.m.

Here is the lineup for Riverwind Casino’s Beats & Bites Festival 2021, which kicks off this weekend:

For more information, go to https://www.riverwind.com/entertain/beats-and-bites.

Grammy-nominated country band Old Dominion will return to the road in 2021 for its “Live at the Ballpark Tour” across North America, which will include an Oklahoma City stop.

Teaming up with Indigo Road Entertainment, the group’s first full-scale headline run since 2019 is coming to Chickasaw Bricktown Ballpark on Aug. 7. Tickets are on sale at indigotix.com.

Old Dominion released the new single titled “I Was On A Boat That Day,” with each band member — Matthew Ramsey, Trevor Rosen, Brad Tursi, Whit Sellers and Geoff Sprung— participating in the songwriting alongside Shane McAnally and Josh Osborne.

In spring, the Nashville, Tennessee-based band took home the Vocal Group of the Year trophy at the Academy of Country Music Awards for the fourth consecutive time since 2018.

Plus, the band garnered its first career Grammy Award nominations as “Some People Do” picked up nods in the categories of Best Country Song and Best Country Duo/Group Performance. For more information, go to https://www.weareolddominion.com.

Tickets are on sale at www.bokcenter.com.

Lil Baby has been one of the most dominant and critically-acclaimed names in rap since his first release in 2017. In February 2020, he released “My Turn,” which entered The Billboard 200 at No. 1, hovered in the Top 5 for 14 weeks, and then returned to No. 1 in June for four consecutive weeks. The album was the No. 1 streamed and No. 1-selling album of any genre in 2020, according to a news release.

Last June as the nation protested against racial injustice, Lil Baby dropped a powerful record, “The Bigger Picture,” articulating frustration, confusion and a call to stand up for something much bigger than himself. “The Bigger Picture” was nominated for two Grammys: Best Rap Performance and Best Rap Song.

To date, he has reached 22 billion global streams, scored eight No. 1 songs at urban radio, won the BET Award for Best New Artist, was named Vevo’s Top Performing Hip-Hop Artist of 2020, was honored as MVP on Rap Caviar and won the top award of Global Artist of the Year at the Apple Music Awards. For more information, go to http://www.iamlilbaby.com.

Tickets are on sale at https://towertheatreokc.com.

The Norman-based musician, who is Choctaw, released her acclaimed sixth studio LP, “A Small Death,” in 2020 during the COVID-19 pandemic. She followed up earlier this year with the new EP “Bloomsday.”

Crain, who was recently featured on NPR’s “World Cafe,” also will perform July 17 during the 24th annual Woody Guthrie Folk Festival, which is returning to Okemah July 14-18.

For more information, go to https://www.facebook.com/Samanthacrainmusic.

“When I first heard the demo, it reminded me of Steve Miller,” Keith said in a statement. “But it had a little bit of a rap to it — not unlike the can of worms I opened years ago with ‘I Wanna Talk About Me.’ Then it’s got the coolest melodic waterfall and I was like, ‘Yeah, I gotta cut this.'”

After taking it a little easier than usual, the Norman-based Songwriters Hall of Famer is becoming musically active these days: Another new track, “Happy Birthday America,” will be released on all platforms — and with a lyric video — July 1. Keith will perform the song on the “Fox & Friends” Summer Concert Series on July 2.

Across the holiday weekend, he will host the iHeart July 4th Country Takeover special celebrating “the land of the free and the home of the brave.”

“Happy Birthday America” was written solo by Keith on the back of a boat under a fireworks display in 2020. According to the press materials, a buddy said, “Happy Fourth of July, big dog,” and Keith responded, “Happy birthday, America. Whatever’s left of you.”

“It had been a screwed up 18 months,” Keith said in a statement. “I was seeing both sides having concern over the end of democracy. We’ve fought and divided almost to the point it’s only about power and winning. Charlie Daniels had a song saying ‘God save us all from religion.’ And I’m thinking, God save us all from politicians.”

Both songs will be included on Keith’s new full-length studio album due in the fall.

Plus, Keith is featured on Brantley Gilbert’s tongue-in-cheek new single “The Worst Country Song of All Time,” which also includes singer-songwriter Hardy.

“Toby has written some of the best and put out some of my favorite country songs of all time,” Gilbert said in a statement. “So having him on it is kind of like that final seal of approval.”

For more information, go to https://www.tobykeith.com and look for my new interview with Keith coming soon. 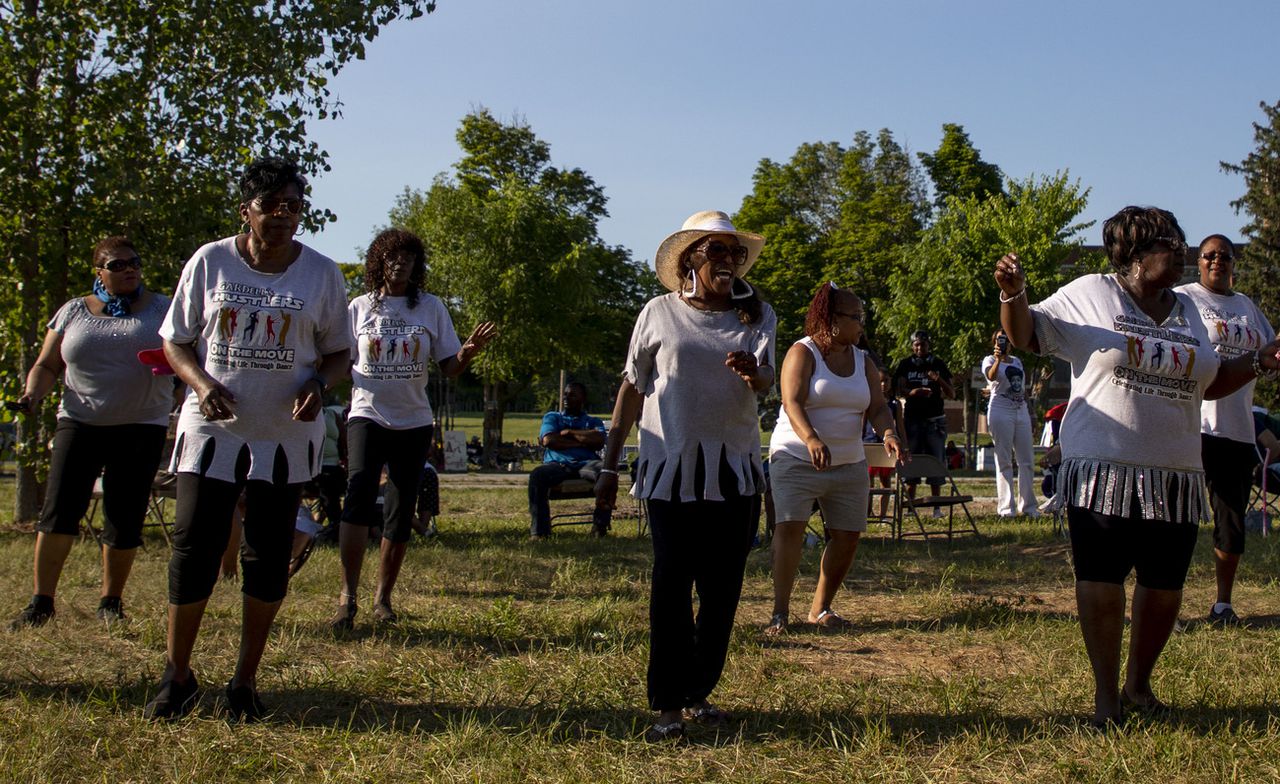