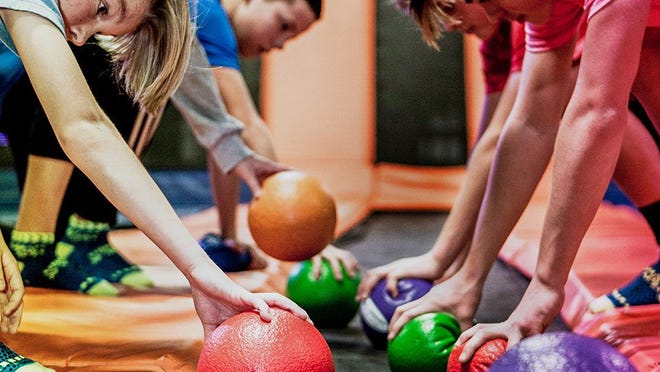 HOLLAND TWP. — In a half-mile corridor along U.S.-31, there’s a form of entertainment for everyone.

Once-empty storefronts have started to fill up. Between Felch Street and James Street, residents and tourists can find a host of indoor and outdoor attractions.

Area staples like The Lost City, a quarter-century old arcade and laser tag center, and Nelis’ Dutch Village, an educational theme park, have been joined by companies like X-Golf and Urban Air Adventure Park in the former Westshore Mall.

This fall, The Rink on James Street will reopen under a new name (RollXscape) following a complete remodel. Just across the street, Zero Latency — the first free-roam virtual reality center in Michigan — will open by October.

More:X-Golf Holland opens in The Shops at Westshore

That’s a big change from two years ago, when U.S.-31 was littered with more than 25 vacant storefronts. At the time, residents were concerned about the emergence of developments, which remained empty, rather than redeveloping existing spaces.

The business community is responding to those concerns.

“It’s exciting to see the growth in family entertainment centers in our community,” said Jane Clark, president of the Michigan West Coast Chamber of Commerce.

“These businesses are smart to capitalize on our local market, as well as our robust visitor population. The location along U.S.-31 is attractively located — close to town, but also along a major travel corridor.

“These types of businesses excel at engaging people of all ages at affordable prices.  They are a great way for families and friends to reconvene and share fun together at social gatherings following the pandemic.

“They’ll make great spots for private celebrations such as birthday parties and corporate events. They’ll add to our reputation as a great place to live and visit.”

That enthusiasm was echoed by Linda Hart, executive director at the Holland Area Visitors Bureau.

“I think it’s brilliant, to be honest,” she said. “More activity, especially activities that residents and visitors can do, only complements what we have as a community. We talk a lot about downtown, but we count on those other assets in the community.

“It seems like a natural fit and progression of activities that residents and visitors can participate in. I also think it’s so important that our community repurposes what we can, rather than tearing down and rebuilding. The more we can do that, the better.”

In the coming months, the intersection will be joined by Popeyes Louisiana Kitchen and Grand Rapids Community College’s Lakeshore Campus. The campus was a milestone achievement for The Shops at Westshore, which has worked diligently to repurpose the former mall space after its deconstruction a half-decade ago.

“When the Westshore Mall was there, back in the day, those roads and parking lots were developed for huge amounts of traffic,” said Township Supervisor Terry Nienhuis. “We aren’t concerned about the increase in traffic flow. These roads can handle it.

“It’s exciting to see some redevelopment happening in post-COVID days. We already have the infrastructure there, so from a township standpoint, it’s a win-win situation.”

The two-mile area surrounding the entertainment corridor is home to nine hotels. Three extended-stay hotels — Home2 Suites by Hilton, StayBridge Suites by IHG and SpringHill Suites by Marriott — were completed in the last two years.

“Those hotels have been performing particularly well,” Hart said. “They have access to the northside, and they give visitors the option of dining in their hotel room if they aren’t comfortable eating in a restaurant yet.”

“It must have been 1990 when we were involved in the city’s discussions on long-term development,” he said. “And I remember meeting with them and saying, ‘Your entertainment corridor is out by the highway.’ And I feel like that’s good for everybody.

“The more density you have, even though you’re competing on a certain level, contributes to the idea that, ‘If we’re going to have fun, we’re going to this area.’ Downtown is great, but there’s a strong focus on that area for dining and shopping.”

The Dutch Village has been around for more than 60 years. For much of that time, the park was known for educational demonstrations and history lessons. Ten years ago, Nelis and his team decided it was time to shift their focus.

“We’ve made this transition from being an educational, historical attraction to a family-focused theme park,” Nelis said.

“In this day and age, you can watch wooden shoes being made on YouTube. But when you have young kids, you realize the amount of interactions you have with them are limited. Now, we’re a place to make memories.”

That change was highlighted with new signage along U.S.-31 and updated attractions, including a pirate balloon battle and petting farm, in addition to the park’s traditional demonstrations.

“Everything we do, we try to make it an experience,” Nelis said.

“It happens the second you park your car and start walking toward our entrance and lasts until you stop in the gift shop and grab something that reminds you of the great day you had.”

Post Views: 198
Previous post ‘I have been missing this so much’: a return to live music in Lancaster County and beyond | Life & Culture