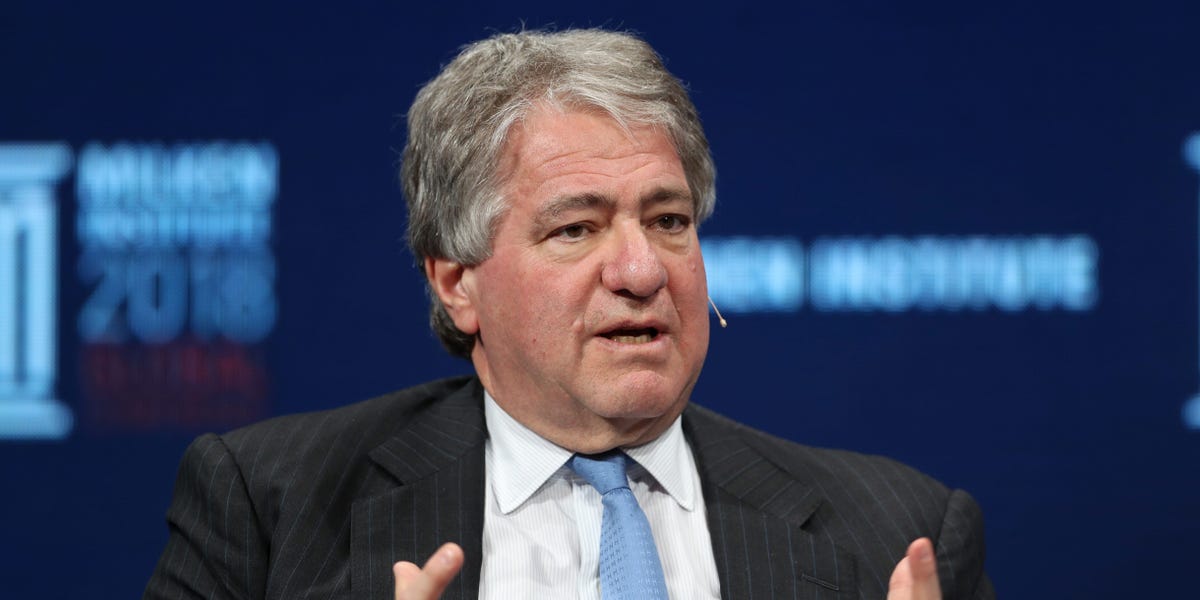 A Russian model has accused Wall Street billionaire Leon Black of flying her to Florida to engage in sex acts with convicted sex offender Jeffrey Epstein without her consent.

The filing is the latest in a defamation lawsuit first brought by Ganieva in June.

Black’s lawyer Danya Perry told Insider in an emailed statement that “just like her June complaint, Ms. Ganieva’s story today is demonstrably and transparently false and betrays her willingness to say anything and fabricate a story in the hope that something will stick.”

Black previously described a “limited relationship” with Epstein confined to personal finance matters, according to The New York Times, which cited a July 2019 letter from Black to investors.

Ganieva said in the filing that Black invited her to lunch in Manhattan in October 2008 before telling her that they would fly to Florida to meet an unnamed friend. Black and Ganieva then boarded a private plane and flew to Palm Beach, the filing said.

“Black was bringing her down to Florida without her consent, to satisfy the sex needs of Epstein, his ‘best friend,'” the court filing said.

At Epstein’s Palm Beach home, “Black and Epstein were situated close to one another, each facing Ms. Ganieva while in almost supine positions, as if they were waiting for her to get on top of them,” the filing said. Black indicated he wanted her to “lay in between him and Epstein,” the filing said.

Ganieva said she did not engage in sex acts with either of the men, per the filing.

Epstein was serving a prison sentence for soliciting a minor for prostitution, but given “work release” for up to 12 hours a day, meaning he could visit his Palm Beach home, the filing claimed.

Black threatened to plant heroin on her and frame her if she told anyone about the trip to Florida, Ganieva claimed.

Read more: We found Jeffrey Epstein’s other little black book from 1997. Search all 349 names in our exclusive database.

Ganieva claimed on Twitter in March that Black had “sexually harassed and abused” her. Black denied the claims, telling Bloomberg in April that he had “foolishly had a consensual affair with Ms. Ganieva that ended more than seven years ago,” and that “any allegation of harassment or any other inappropriate behavior towards her is completely fabricated.”

He also accused the model of extorting him by threatening to go public with their relationship.

Ganieva sued Black for defamation in June, and further claimed that Black had raped her in 2014, according to the original court filing. A month later, Black filed a counter-claim, repeating his extortion claims, and calling Ganieva’s accusations a “work of fiction.”

In March, Black stepped down from Apollo, the $25 billion asset management firm he helped found, and told Bloomberg this was unrelated to Ganieva’s claims.

In October 2020, Apollo commissioned law firm Dechert to investigate Black’s relationship with Epstein. The report, published in January, found that Black paid Epstein $158 million between 2012 and 2017, including for “estate planning” and “tax issues.”

There was “no evidence suggesting that either their professional or personal relationships ever touched upon Epstein’s criminal activities or any other illegal activity,” the report said.

Black said in an Apollo earnings call in October 2020 that his relationship with Epstein was a “terrible mistake.”

Ganieva’s lawyers did not immediately respond to Insider’s request for comment.

Best Automotive Paint
We use cookies on our website to give you the most relevant experience by remembering your preferences and repeat visits. By clicking “Accept All”, you consent to the use of ALL the cookies. However, you may visit "Cookie Settings" to provide a controlled consent.
Cookie SettingsAccept All
Manage consent