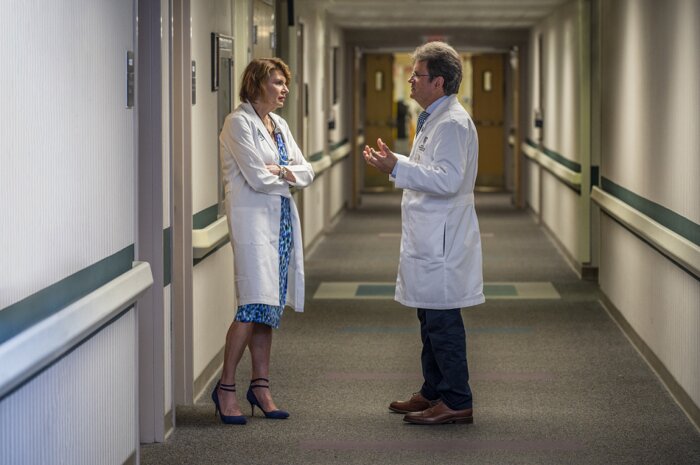 A “humanized” mouse model equipped with the immune system of a patient who needs an organ transplant beats current measures for identifying the best potential living donor, scientists report.

They call the new approach an “immunobiological algorithm” that provides a comprehensive prospective on how a patient’s immune system will react to tissue from each potential living donor, says Dr. Anatolij Horuzsko, immunologist at the Medical College of Georgia and Georgia Cancer Center.

The current standard, HLA, or human leukocyte antigen, testing is used to compare a potential recipient and donor’s lineup of a handful of proteins on the surface of their cells that provide cues to how aggressively the recipient’s immune system is likely to respond to the new organ.

Scientists did a head on comparison of the two approaches in a study published in the journal Frontiers in Immunology and the best donor identified per HLA testing ultimately triggered the strongest immune response, which translates to an increased risk for organ rejection and the need for more medication to try to keep that immune response at bay.

“We create a situation very close to reality with a kidney transplant or any type of organ transplant,” says corresponding author Horuzsko. “We see the response of T cells, CD8+ T cells, killer cells, many factors which potentially have a killing effect on the transplanted kidney,” he says, noting the comprehensive assessment shows the response of antigens that have not even been named, but whose collective immune response is clear.

“That’s the beauty of this,” says Dr. Laura Mulloy, chief of the MCG Division of Nephrology, Horuzsko’s longtime collaborator and a coauthor on the new paper. “It’s more comprehensive, specific testing.”

Our blood contains all the components of the immune system, and to build the model of a patient’s immune system, Horuzsko’s team, which developed this system from scratch over the past five years, isolates those components, which are given to a mouse without an immune system. A humanized mouse model is created for each potential donor, each potential donor’s blood is then given to the mouse and the varying immune responses measured. An additional model is given the patient’s own blood as a control.

For this study they also used an unrelated male’s blood from a local blood bank as a positive control, because it was unlikely the match would be good, and two related volunteers—most living donors are family members—as potential donors. A male member of the family was selected to serve as the patient and a related male and female were potential donors.

In this realistic scenario, standard HLA typing and the humanized mouse model identified different potential donors as the best match. The one selected by HLA typing elicited responses like activation of the highly toxic proteins granzyme B and perforin by CD8+ T cells. as well as key genes involved in transplant rejection found in abundance on T and B cells, both critical to the immune response, the investigators write. T cells are considered drivers of the immune response and are known to be major players in an immune attack on a transplanted organ. B cells make plasma cells which make antibodies against specific invaders, which is how the recipient’s immune system may view a donor organ. A major problem with the limitations of current testing is while HLA typing can show an antigen mismatch between donor and recipient, it doesn’t tell you how much or little immune response that mismatch will produce between the two individuals, Horuzsko says, noting potentially tremendous individual variations in immune response. Mismatches can range from catastrophic to insignificant, Horuzsko says.

“Your immune system may not be as reactive as mine,” Horuzsko says. “Current analysis does not tell me how vigorous the resulting immune response might be.”

Evidence indicates about 18% of kidney transplant rejections result from these mismatches and about 38% result from antigens which are not part of HLA typing.

There also are many key immune factors HLA typing does not measure, for example the impact of non-HLA antigens including molecules like MICA—major histocompatibility complex class I chain-related gene A—present on the surface of essentially all cells that are part of our innate immunity, and which immediately recognize foreign substances in the body from germs to foreign organs. MICA is known to recognize transplanted organs and enable production of antibodies which can damage or destroy them. Also, HY antigens, found in males which also have been found to trigger B and T cells, particularly when a male patient has a female organ donor, and have been shown to predict graft versus host disease in the male patients. Studies indicate that donors are most often female and recipients most often male.

They say the humanized mouse model could be used in the evaluation of any type of organ transplant as well as for stem cell transplants for cancer, autoimmune disease and other conditions when donor cells are used.

To continue to measure its efficacy, a small clinical trial is underway in which the humanized mouse model results are compared with standard assessment results, then the transplant recipient is followed to see which assessment was most predictive of transplant success and of problems with rejection.

The immune response rarely occurs immediately but it’s more likely seven to 14 days before they have insight into how the recipient’s immune system is reacting, Mulloy says, and it may be years.

The humanized mouse model currently takes at least two weeks for the recipient’s immune system to be established so could currently only be used for living related donors rather than cadaver donors, which still comprise the majority of donors, according to the United Network for Organ Sharing. However Horuzsko is optimistic that a broader application will be possible in the future.

He notes that increasing understanding of how the immune system works and the thousands of factors involved, has enabled them to take this broader look at the immune response and how it might impact a transplanted organ and patient.

While the transplant team already works to give the least possible amount of the best medication to an individual patient, the immunosuppressive medications leave the patient more vulnerable to infections as well as cancer, and more comprehensive insight of the immune response should further fine tune the important drug-selection process, Mulloy says.

“That is the take-home message,” Mulloy says. “Not only is it a better match, it’s less drugs and expense for the recipient, and a better chance of success for both recipient and donor.”

‘Missing self’ contributes to organ rejection after transplantation 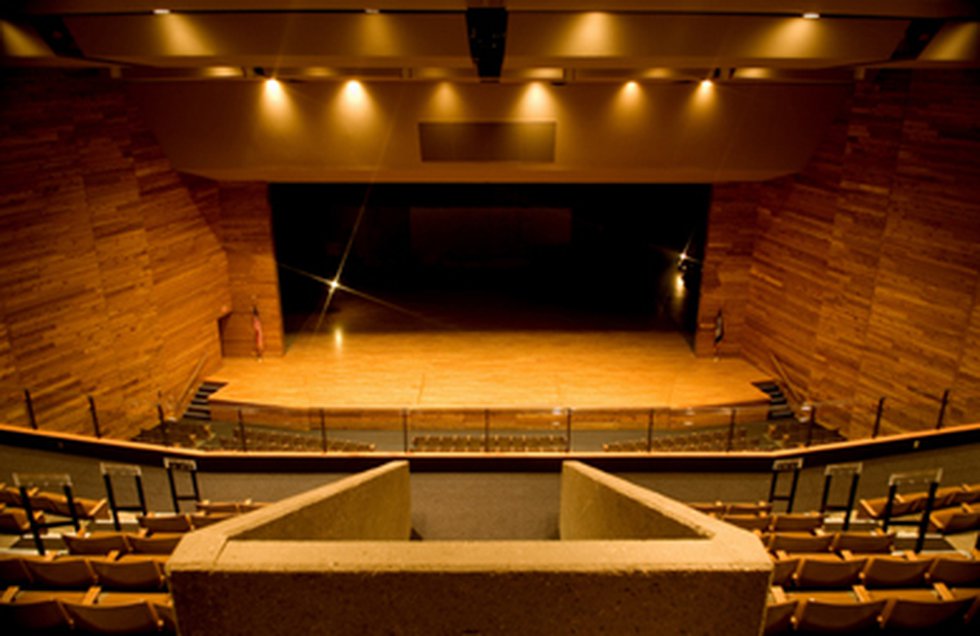 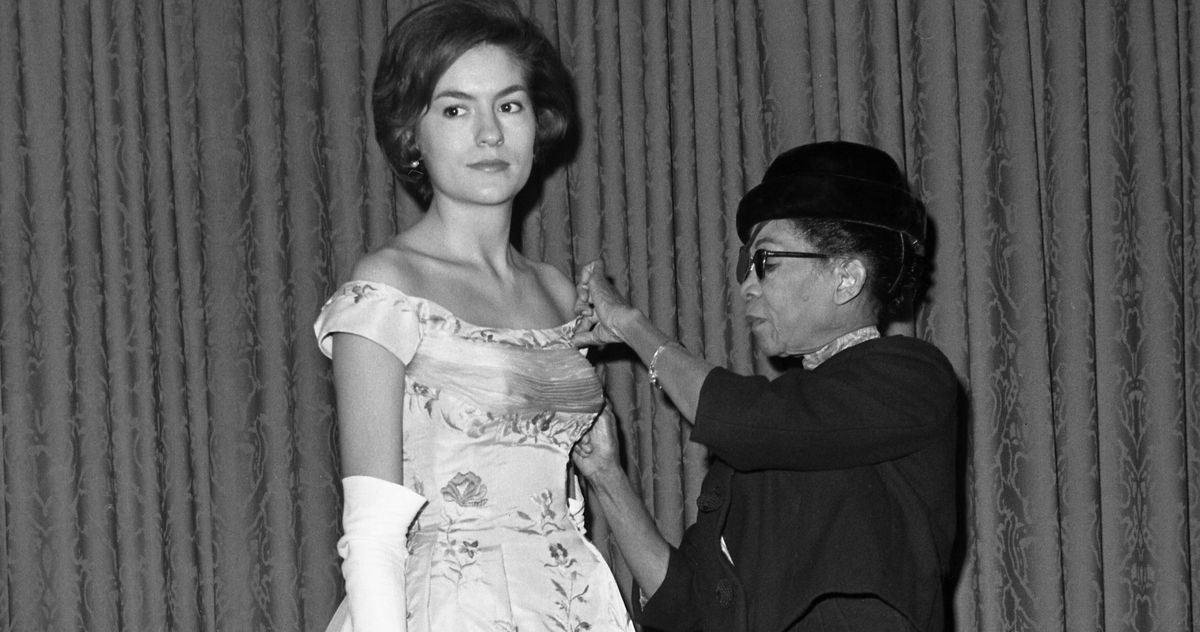 Next post Is There Room for Fashion Criticism in a Racist Industry?