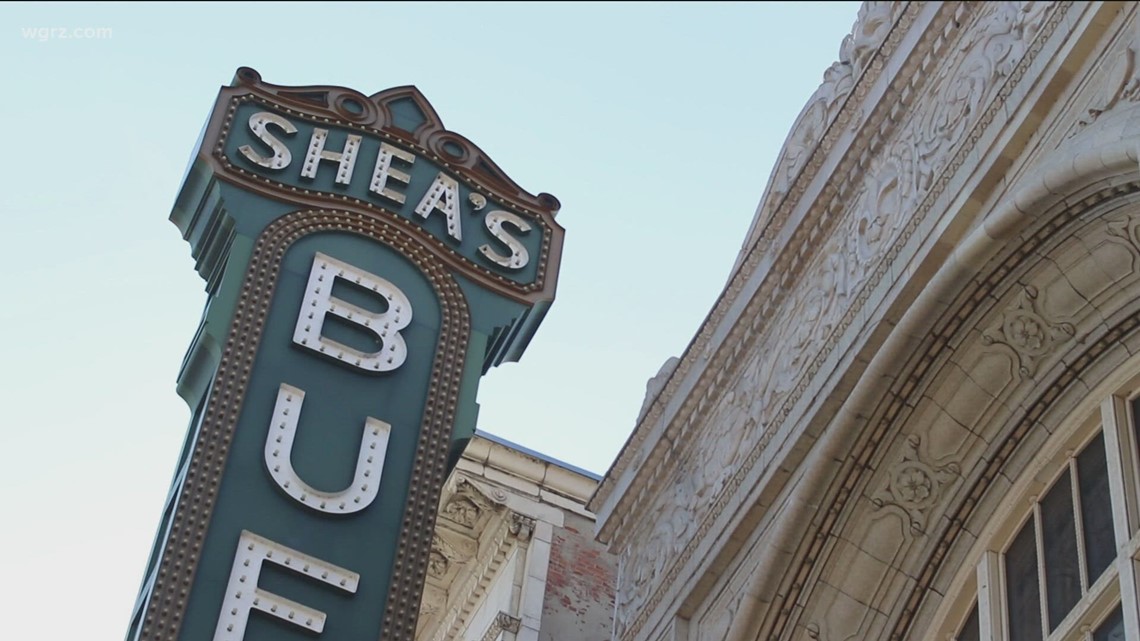 Both Shea’s and the Town Ballroom are open again and ready for business.

Of the shows taking place Friday night, you can head over to the Town Ballroom, where they will have an Tragically Hip cover band called The Strictly Hip.

It will be the first show the town ballroom has had since March 12, 2020, before COVID-19 shut them down.

“Frozen” also has its first performance Friday night at Shea’s Performing Arts Center. The tour is in Buffalo through September 24.

Over at the Town Ballroom, owners have had to apply for both federal and city grants after taking a “massive hit.” Now that the venue is reopening, owners say they haven’t had a hard time trying to get performers back.

“Some dates had three and four bands holding on every day, because every act that is club level hadn’t been able to earn an income for a year and a half, and they all want to be on the road. The hope, of course, is that everyone can stay on the road, so we’ve got a pretty robust schedule through the end of the year,” co-owner Artie Kwitchoff said.

While the Town Ballroom was closed, the owners decided to make a lot of improvements. A few include replacing the floors and even turning their old box office into a second stage. It will be used for smaller shows with about 400 people.

Anyone attending must provide proof of vaccination or a negative COVID-19 test.

Doors for Friday’s show opened at 7 p.m. and there’s still tickets available for the show here.

Techon Talkpedia
We use cookies on our website to give you the most relevant experience by remembering your preferences and repeat visits. By clicking “Accept All”, you consent to the use of ALL the cookies. However, you may visit "Cookie Settings" to provide a controlled consent.
Cookie SettingsAccept All
Manage consent