The pandemic and its lingering variants have really done a number on music organizations for the past 18 months. With streaming as the only viable option to fill the gap, musicians and audiences are more than eager to get back to the concert hall one way or another. That may mean sitting in pods of one to four people as per the guidelines for Portland Baroque Orchestra concertgoers or showing proof of vaccination or a negative COVID test (that includes the outdoor performances listed below). Check with each company for detailed information and see our list of venues that will require proof of vaccination here.

Most performing arts organizations will offer a hybrid for an online or in-person experience. With that in mind, here are classical music performances of interest this fall.

After a four-year hiatus, the orchestra plans to return to Tom McCall Waterfront Park for this popular, free concert. Carlos Kalmar will pass the baton to the orchestra’s new music director David Danzmayr in a program that includes a mixture of film music, light classical numbers and a little Beethoven. Members of Oregon Ballet Theatre will dance to the music of Tchaikovsky’s “Sleeping Beauty.” Baritone Matt Grills and soprano Katrina Galka from Portland Opera will sing excerpts from “Showboat.” Cannon fire from the Oregon Army National Guard will highlight Tchaikovsky’s “1812 Overture,” and the evening will conclude with fireworks. The concert will be broadcast live on All Classical Portland (KQAC 89.9 FM and at allclassical.org).

The world premiere of “Sanctuaries,” Darrell Grant’s jazz chamber opera, will explore the consequences of gentrification in Portland. The redlining of neighborhoods and the displacement of residents from the city’s historic Black Albina district will be explored by four characters who visit a once vibrant Black community. The outdoor production will use jazz ensemble, singing, spoken text and theater, including vocalists Marilyn Keller, Damien Geter, Emmanuel Henreid and Ithica Tell. With a libretto by two-time National Poetry Slam Individual Champion and Oregon Poet Laureate Anis Mojgani and stage direction by Los Angeles-based opera director Alexander Gedeon, “Sanctuaries” should be thought-provoking.

The highly anticipated classical series debut of the orchestra’s new music director, David Danzmayr, will give you the full treatment with Mahler’s epic Symphony No. 2, “Resurrection.” This five-movement works lasts 90 minutes and covers a vast emotional expanse, traveling from life to death and redemption in the great beyond. The angelic voices of Met soprano Suzanna Phillips and two-time Grammy winning mezzo Sasha Cooke will be joined by the Oregon Repertory Singers and The Portland State Chamber Choir. Also on the program is “Elegía Andina” by Gabriela Lena Frank, in which you’ll hear some Peruvian influences, especially in the percussion. A world premiere of “In Time” by Portland’s Kenji Bunch will round out the program.

The storied Takács Quartet returns to Portland with two different programs. The first contains a light-hearted Haydn number followed by “Five Fantasiestücke” by Samuel Coleridge-Taylor, a set of character pieces modeled after Schumann. The concert concludes with Schubert’s famous Quartet in D minor otherwise known as “Death and the Maiden.” The second program starts off with a delightful Haydn piece followed by Janacek’s “Intimate Letters,” which was inspired by his longtime, unrequited fascination with another woman who was not his wife. The concert ends with Beethoven’s amazing Quartet in A minor.

Blending film with music, this adventurous concert will give you an eyeful and an earful, starting with the Pyxis String Quartet performing Florence Price “Andante-Moderato,” accompanied by the film “Andante” by Portland animator Zak Margolis. Also, Shostakovich’s Symphony No. 15, in an arrangement for sextet, three percussionists, and piano trio, will be paired with a film by Portland cinematographer Scott Ballard and dancers from BodyVox Dance Studio. Shostakovich’s 15th was his final symphonic work and oddly contains quotes from other works, including the “William Tell Overture.” The concert will be recorded and broadcast the week after the performance.

Sensational violinist Aisslinn Nosky will lead the orchestra in a program of full-sized concertos by Handel, Corelli and Vivaldi. If anyone can inspire musicians and audiences like Monica Hugget, Nosky is the one. I have heard her lead the Handel and Haydn Society at the Boston Early Music Festival, and she has it all: technique, artistry, and charisma. Nosky’s work with Tafelmusik Baroque Orchestra, Holland Baroque, the Orchestra of the Age of Enlightenment, and the Eybler Quartet has added to her stellar reputation in the period music field. Note that listeners will be seated in pods of one to four for this concert.

Concertmaster Sarah Kwak will team up with principal oboist Martin Hébert in Bach’s lovely Concerto for Oboe and Violin. Haydn’s Symphony 94, “Surprise,” which acquired its nickname because of a very loud chord at the end of an extended soft passage, will wake you up. Johann Strauss Jr.’s stately “Emperor Waltz” is also featured, but the climax will surely be HK Gruber’s “Frankenstein!!” This rhythmically driving, wild piece features an array of toy instruments like whirligigs and pennywhistles to shape fantastical characters. And best of all, Gruber, one of today’s foremost composers, will do the vocals and lead the ensemble.

In this powerful and succinct melodrama, Scarpia, the chief of police, uses his powerful position to propose a night of lovemaking with the beautiful singer Tosca in exchange for the freedom of her lover. She seemingly acquiesces but then drives a dagger into Scarpia. Still, the escape to freedom does not go as planned and the final tragedy of the story continues to resonate today. The strong cast includes soprano Alexandra LoBianco in the title role, tenor Angelo Villari as her beloved Cavaradossi, and baritone Gordon Hawkins as the evil Scarpia. Puccini, the composer, cooks up many unforgettable arias in this opera, which one critic labeled a “shabby little shocker.”

The New York City-based, award-winning Claremont Trio will offer two different programs. The first consists of the beloved Schubert Piano Trio No 1 and Smetana’s highly emotional Piano Trio, which he wrote in response to his eldest daughter’s death from scarlet fever. The trio will also play a piano trio by Kati Agócs or Gabriela Lena Frank. The second concert will start with Haydn’s Piano Trio No. 39. Shostakovich’s Piano Trio No. 2 in E minor, Op 67 (seen as an elegy for victims of World War II) will follow. In Dvořák’s lovely Piano Trio in F Minor, Op. 65, he moved away from typical Bohemian folk melodies that characterized much of his early work to uncork his own personality.

If you want to hear what young composers are doing, you should attend this concert. It might also be advisable to hear the soundtrack of Minecraft, a popular sandbox video game. That’s because the orchestra, under music director Rául Gómez, will perform the world premiere of Theme and Variations on “Subwoofer Lullaby,” from the Minecraft soundtrack. This piece is a collaborative venture by Haladar Wright, Kara Taylor, Elaina Stuppler and Joseph Young, students of FearNoMusic’s Young Composers Project. The orchestra will also play Beethoven’s Fifth Symphony, one of the most iconic symphonic works in the repertoire.

Grammy-award-winning violinist James Ehnes returns to the Schnitz to play Mozart’s Violin Concerto No. 4. The Canadian has recorded it along with Mozart’s other violin concertos on the Onyx label. “Agon,” a quirky piece that Stravinsky wrote for a Balanchine ballet, has a dissonant vibe. It will be counterbalanced by Tchaikovsky’s “Romeo and Juliet Fantasy Overture.” On tap also is “Dabke” by Syrian-American composer Kareem Roustom, which is based on folk music and a style of line dance familiar in Palestine, Syria and Lebanon. Jonathon Heyward, chief conductor of the Nordwestdeutsche Philharmonie, will lead the orchestra.

— James Bash, for The Oregonian/OregonLive

OBT revised its fall schedule after leadership changes over the summer. Now under the guidance of interim artistic director Peter Franc, the ballet company is replacing October’s performance of “Rhapsody” with “Face to Face,” a full-length program that features three ballets connecting the art form to human nature. The program includes “Three Preludes” by Ben Stevenson, “The Four Temperaments” by George Balanchine, and “Sculpted Clouds” by choreographer Jennifer Archibald of the Arch Dance Company based in New York City. 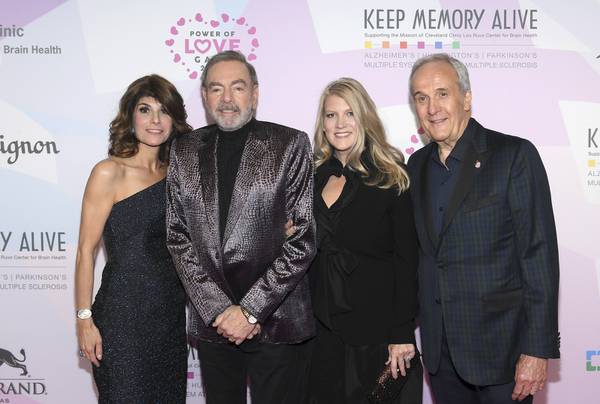