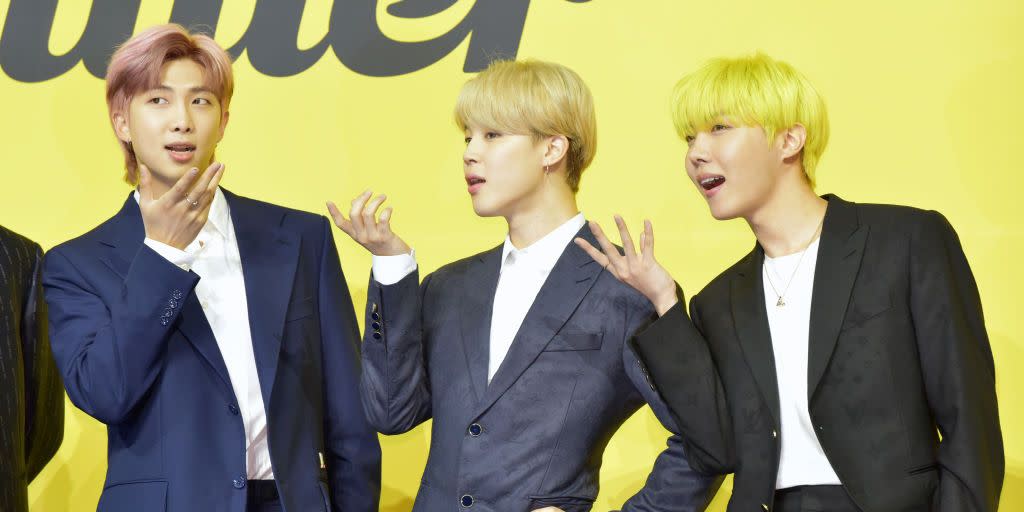 China’s state-controlled TV regulator has banned “sissy men” from screens and called for the promotion of “masculine” role models as part of a broader Communist Party campaign to tighten controls over society and enforce official morality.

Broadcasters have been instructed to “resolutely put an end to sissy men and other abnormal aesthetics”, whatever that means. During the announcement, the TV regulator used a derogatory slang term for effeminate men: ‘niang pao’, which literally translates as ‘girly guns.’

The bizarre ban reflects official concerns that Chinese celebrities are emasculating young men across the country, having been influenced by the look and style of actors, singers and entertainers in product commercials and pop culture from neighbouring South Korea and Japan. For example: K-pop stars like BTS, pictured above.

Polished male celebs aren’t alone in being targeted by the government. The state TV regulator has also warned against featuring “vulgar internet celebrities” and admiration of wealth and celebrity. Performers who “violate public order” or who have “lost morality” will be axed. So don’t expect any Chinese Love Island reboots any time soon.

Instead, programs should “vigorously promote excellent Chinese traditional culture, revolutionary culture and advanced socialist culture”. Broadcasters have also been instructed to limit pay for entertainers and avoid contract terms that could help them evade taxes.

These are just a handful of the strict regulations President Xi Jinping has ordered in the name of “national rejuvenation”. He’s also clamping down on the video game and internet industry, having launched anti-monopoly, data security and other enforcement actions against companies.

Game developers were already required to submit new titles for government approval before they could be released, and now they will be required to have nationalistic themes. From Wednesday, children will only be permitted to play video games for one hour a day, between 8pm and 9pm, and exclusively on Fridays, weekends and public holidays.

The country’s internet watchdog, the Cyberspace Administration of China, will deploy greater controls over the algorithms used by the country’s tech firms to personalize and recommend content. Under the draft regulations, algorithms cannot be used in ways that may cause addictive behaviors in users, or induce them to spend excessively.

Since the tech sector accounts for almost one third of China’s economy, this latest government crackdown has wiped an estimated $1.2 trillion off the market.