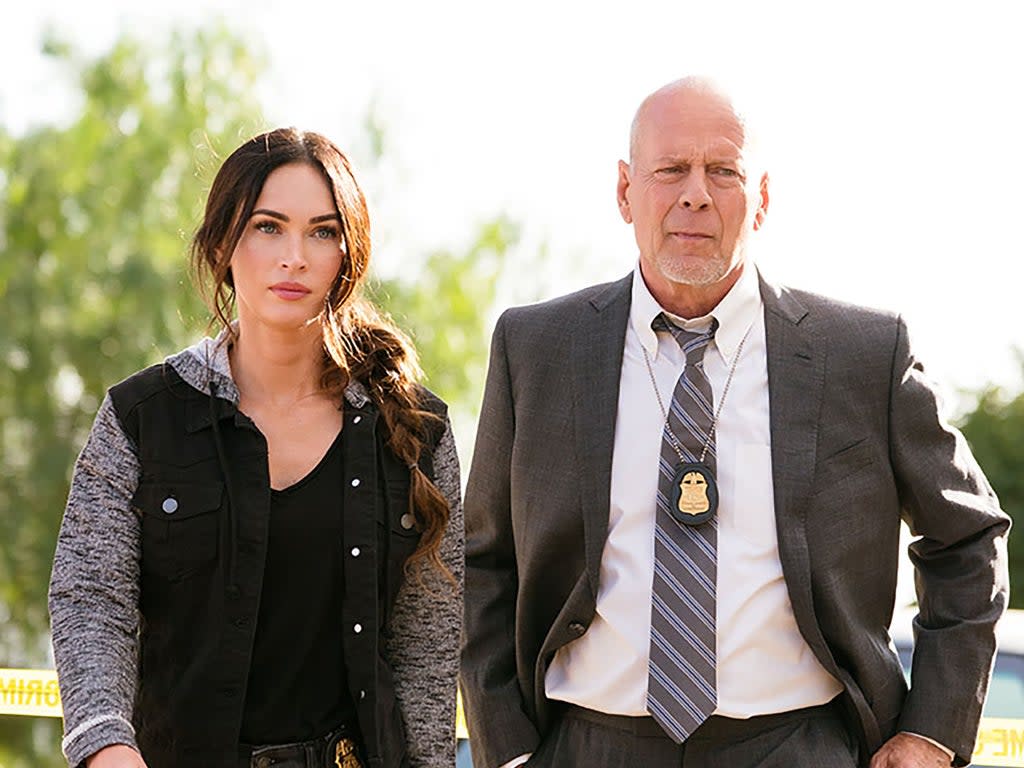 Bruce Willis is being mocked for his “astonishingly embarrassing” performance in the new Megan Fox thriller Midnight in the Switchgrass.

Willis stars in the serial killer movie as an FBI agent who teams up with Fox to solve a series of murders in Florida. Despite being top-billed in the film, however, Willis barely appears in it, with critics accusing him of sleepwalking through the part.

“It’s astonishingly embarrassing how little effort he puts into the performance,” writes Robert Kodjer at Flickering Myth. “IMDb facts such as ‘Bruce Willis shot all of his scenes in one day’ are starting to become common knowledge rather than something interesting to tell someone … At one point [he] exits the movie in such random fashion (his character doesn’t even get killed off), it’s as if they ran out of shooting time for his most likely one day and had to pivot to a new angle.”

“Willis’s scenes appear to have been patched together from a series of bad takes,” writes Jeffrey M Anderson at Common Sense Media. “They’re riddled with pitiful continuity and mismatched sound.”

Willis “fails to pull any other facial expression than his typically bored look,” writes Scott Campbell at We Got This Covered. “[It] makes you think he may have been replaced by a waxwork of himself without anyone noticing, such is the energy he brings to the table.”

Slant Magazine also claimed that Willis does “a spectacular impersonation of a wax dummy” in the film, while JoBlo remarked that the actor is “mostly checked out”. Critic Chris Bumbray also noticed that even though Willis only has a handful of scenes, “most feature him sitting”.

The Die Hard star has become infamous in recent years for appearing in endless straight-to-DVD thrillers that prominently display his appearance on posters, despite the actor only filming a few scenes – many of which are shot in a single day.

Midnight in the Switchgrass is the sixth Willis film to be released in the last 12 months, following on from roles in Out of Death, Cosmic Sin, Hard Kill, Survive the Night and Breach. He will next be seen in action films including American Siege, Soul Assassin, Killing Field, A Day to Die and Gasoline Alley.

Fox, who has been receiving better reviews for her role in the movie, met boyfriend Machine Gun Kelly on the set of the film, though appeared to snub the film’s premiere this week.