For years, it has been one of music’s most conspicuous, and puzzling, absences: The majority of the catalog of Aaliyah, the groundbreaking R&B singer of the 1990s and early 2000s, has been absent from digital services — rendering the work of one of the most influential pop stars in recent decades largely invisible, and depriving her of a proper legacy. The singer, whose full name was Aaliyah Haughton, died in a plane crash in 2001 at age 22.

But on Thursday came a surprise announcement that her music will soon arrive on streaming platforms, starting with her second album, “One in a Million” (1996), on Aug. 20.

Fans, including Cardi B, celebrated online. But the return of Aaliyah’s music remains fraught, with a battle still playing out between her estate and the music impresario who signed her as a teenager and retains control of the bulk of her catalog. Here’s an overview of her long unavailability on the services that dominate music consumption today.

What music is coming out now?

Blackground Records, founded by the producer Barry Hankerson — Aaliyah’s uncle — said it would be rereleasing 17 albums from its catalog over the next two months, on streaming services as well as on CD and vinyl. They include the bulk of Aaliyah’s output — her studio albums “One in a Million” and “Aaliyah,” along with the “Romeo Must Die” soundtrack and two posthumous collections — plus albums by Timbaland, Toni Braxton, JoJo and Tank.

The releases, being made through a distribution deal with the independent music company Empire, will introduce a new generation to Aaliyah’s work. In the 1990s, she stood out as a powerful voice in the emerging sound of hip-hop: a forthright young woman — she was just 15 when she released her first album, “Age Ain’t Nothing but a Number” (1994) — who sang like a street-smart angel over some of the most innovative backing tracks of the time.

“Where most divas insist on being the center of the song,” Kelefa Sanneh of The New York Times wrote in an appreciation in 2001, “she knew how to disappear into the music, how to match her voice to the bass line — it was sometimes difficult to tell one from the other.”

Who is Barry Hankerson?

Hankerson is an elusive, powerful and divisive figure in the music business. He was once married to Gladys Knight, and later discovered and managed R. Kelly. He built Blackground into one of the most successful Black music companies of its time, but clashed with artists. Braxton, JoJo and others have sued the label, with Braxton accusing Hankerson of “fraud, deception, and double-dealing,” according to a 2016 article on the music site Complex titled “The Inexplicable Online Absence of Aaliyah’s Best Music.”

In 1991, Hankerson introduced his 12-year-old niece to Kelly, who was twice her age. Kelly, then an emerging singer, songwriter and producer, would become the primary force shaping Aaliyah’s early career, writing and producing much of her material and making Aaliyah part of his entourage.

It later emerged that Kelly had secretly married Aaliyah in 1994, when she was 15 and he was 27. In the criminal case Kelly now faces in Brooklyn — which is set to begin jury selection next week — prosecutors have alleged that Kelly bribed an Illinois government employee at the time to obtain a fake ID for Aaliyah that gave her age as 18. Their marriage was annulled.

After Hankerson moved the distribution of Blackground releases from the Jive label to Atlantic in the mid-90s, Aaliyah began working with two young songwriter-producers from Virginia: Timbaland and Missy Elliott. Their first collaboration, “One in a Million” (1996), went double platinum and spawned the hit singles “If Your Girl Only Knew” and “The One I Gave My Heart To.”

What happened to Aaliyah’s music?

By the time Aaliyah died, she seemed well on her way to a major career. But as the music business evolved in the digital age, and Blackground’s output slowed down, her music largely disappeared.

Aside from the album “Age Ain’t Nothing but a Number,” which remained part of the Jive catalog through Sony Music, and a handful of other tracks, most of Aaliyah’s songs have been unavailable for streaming. Used CDs and LPs of her work trade for eye-popping prices.

Her influence has persisted, although sometimes it is more imagined than real. Last month, the singer Normani released a song, “Wild Side,” with Cardi B, that contained what many fans thought was a sample of an Aaliyah drum break. (Billboard said it is not, although Hankerson has said it would have his blessing anyway.) And interest in her story was spurred by the 2019 documentary “Surviving R. Kelly,” which delved deeply into their relationship.

Although the streaming catalog has nearly reached the “celestial jukebox” level of completion that has long been predicted, there are still some other notable absences. De La Soul’s early work, including its classic 1989 debut “3 Feet High and Rising,” is not online, apparently because of problems in clearing samples. (The new owners of that music have pledged to make it available, although no concrete plans have been revealed.)

Why is the music becoming available now?

Exactly what led to the current release of Aaliyah’s music is unclear.

According to a new article in Billboard, Hankerson began seeking a new deal for her music about a year ago, after Aaliyah’s estate made a cryptic announcement that “communication has commenced” between the estate and “various record labels” about finally getting her music online. “More updates to come,” it said.

But the estate does not control Aaliyah’s recordings; Hankerson does, through his ownership of the Blackground label. For months, fans have followed more mysterious statements from the estate, including one in January, around what would have been Aaliyah’s 42nd birthday, that “these matters are not within our control.”

When Blackground announced its rerelease plans, the estate responded with yet another confusing statement, saying that for 20 years it has been “enduring shadowy tactics of deception in connection with unauthorized projects targeted to tarnish,” yet expressing “forgiveness” and a desire to move on.

A more direct explanation of what has been going on behind the scenes came from a lawyer for the estate, Paul V. LiCalsi, who said: “For almost 20 years, Blackground has failed to account to the estate with any regularity in accordance with her recording contracts. In addition, the estate was not made aware of the impending release of the catalog until after the deal was complete and plans were in place.”

Billboard quoted a representative for Blackground in response, saying that the estate “will receive everything that it is entitled to” and that a royalty payment had been made earlier this year.

For fans, the behind-the-scenes battling may matter less than the music finally becoming available online.

“Baby Girl is coming to Spotify,” the service announced on Twitter, with a picture of Aaliyah. “We’ve been waiting a long time for this.” 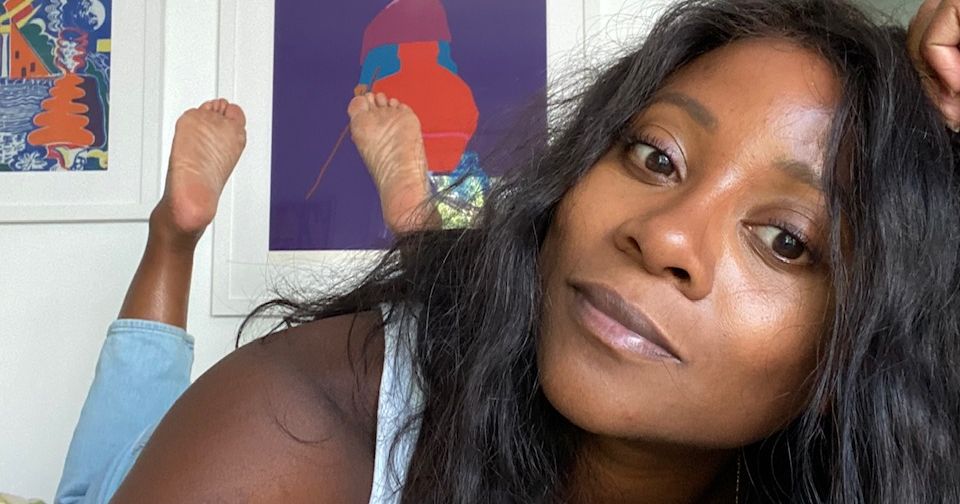 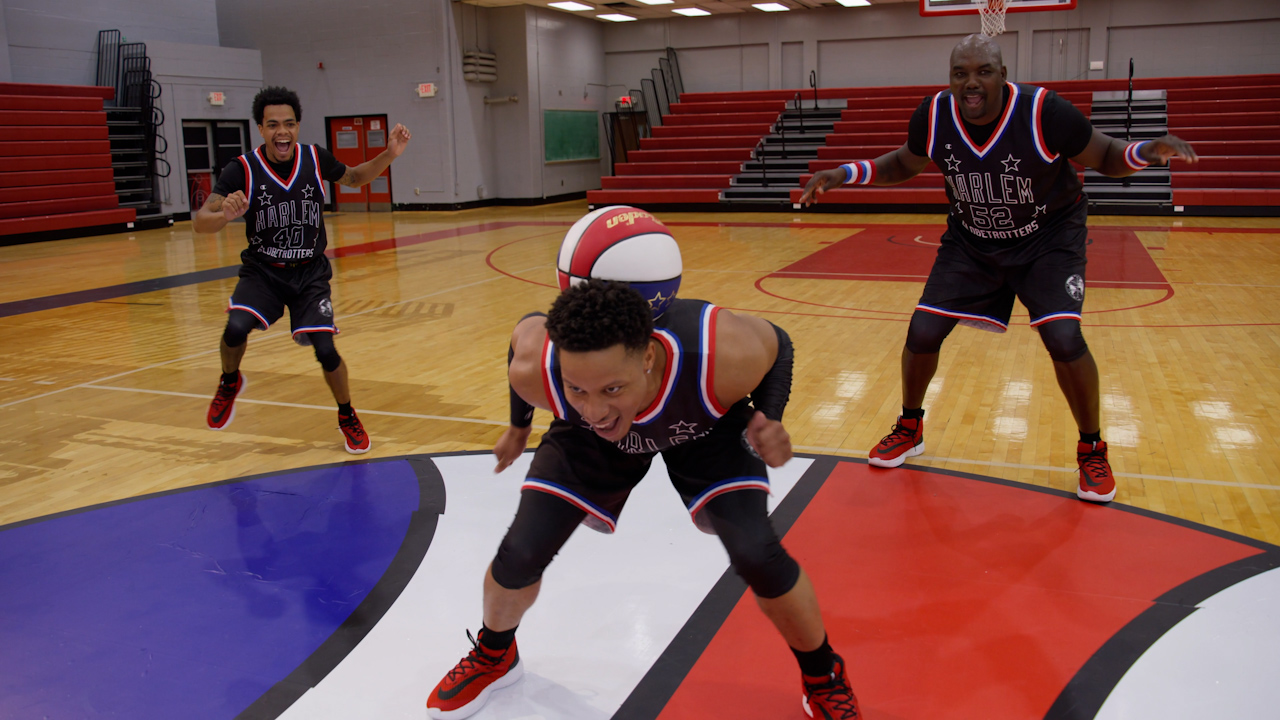 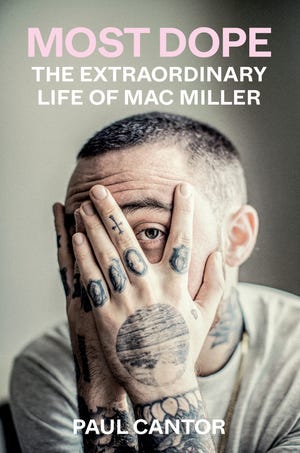