The Grange Fair, which is in its 147th year, brought hundreds of vendors and thousands of patrons to the area daily from Aug. 20-28. Each night, a different headliner was featured, such as country singers Eddie Montgomery and Gabby Barrett.

Many vendors park RVs in designated spots for the entirety of the fair, setting up tent stations and selling their products — clothes, furniture and art — throughout the day.

Chad Schlemmer, who has been a vendor with the fair since 2012, buys and sells metal signs and yard decorations. He said the event’s atmosphere is what keeps him coming back.

“It brings a lot of money into the area,” Schlemmer said. “People from all over stay here.”

Schlemmer said he stayed in his motor home throughout the duration of the fair.

Some fairgoers said they believe the festivities — including the Grange Fair 5k, family line dancing and animal dressing contest — are a way to move on from the coronavirus pandemic.

Barb Homan said campers came from all over Centre County to do something fun.

“I think people are just excited to get back out,” Homan said.

Homan said she has been a food vendor with the fair for 19 years, first selling pies and now rolled ice cream.

Many fairgoers said the food was their favorite part of the festivities, including Scott Kennedy. He said he was a first-time vendor at the Grange Fair from Lewistown who sells screws, tools and other hardware.

Kennedy said the fair allowed people to get together who haven’t seen each other in months.

“Everybody from around this area comes to meet people they haven’t seen [all year],” Kennedy said.

For patron Barbara Cogan, the Grange Fair has become tradition, she said. She and her husband Bob live in New Jersey but said they come back every year for the fair.

“Seeing family, the food — our kids love it,” Barbara said. “It just enhances the sense of community. People have been doing it for generations, and the only time they see people from the fair is during the fair.”

Bob Cogan, who has been coming to the fair since he was an infant, said the community coming together is what makes the event special.

“[Fairgoers are] your neighbors for a week,” Bob said. “Then you don’t see them for a year, and then you’re neighbors again.”

On Sunday, State College Area High School’s Center for Equity will host a kickoff for the Os… 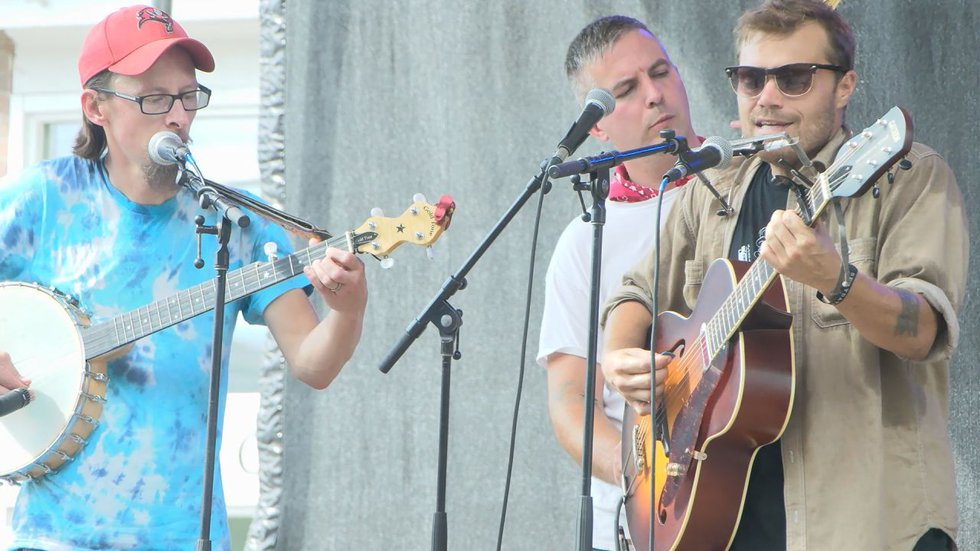