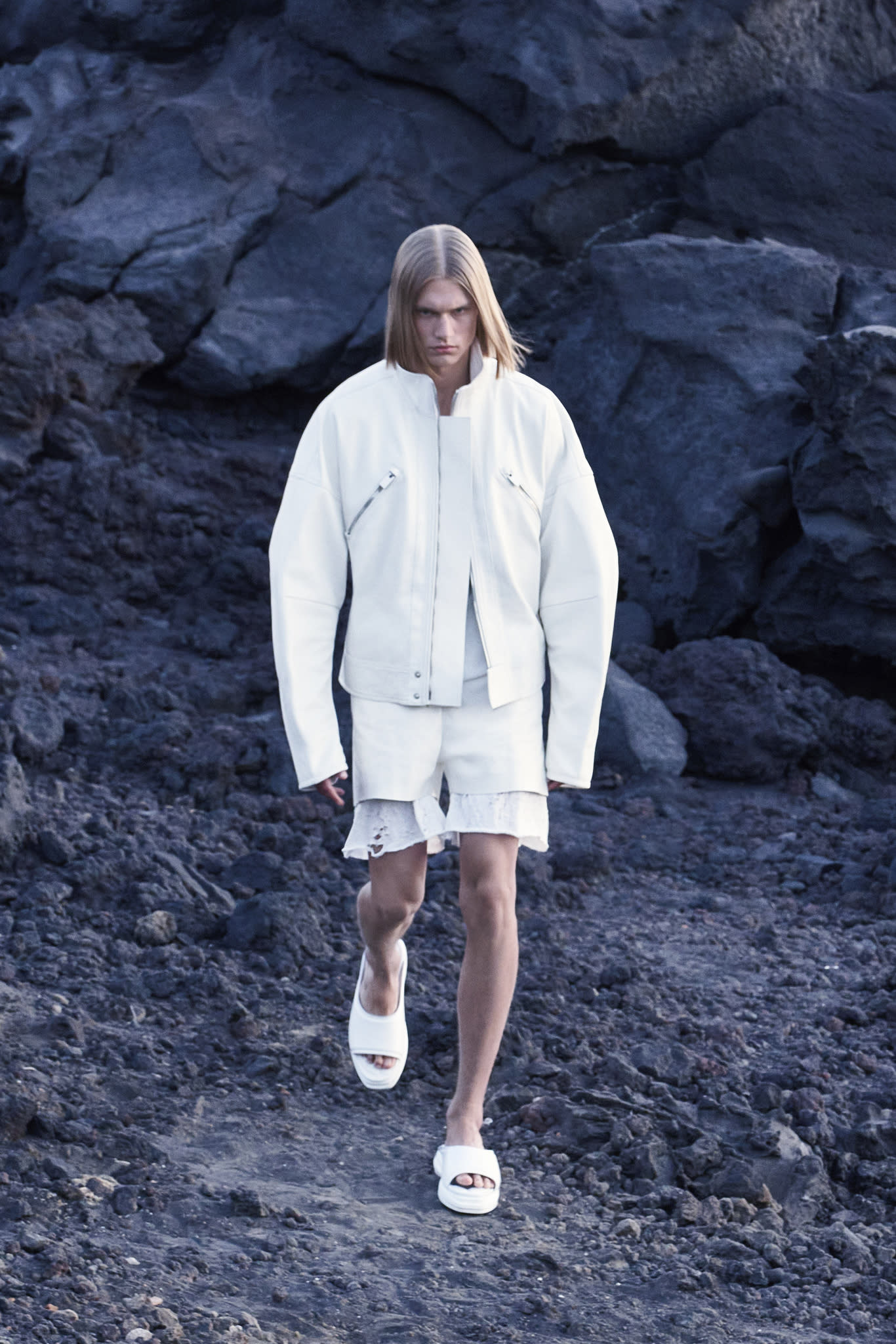 Holding the very last time slot on the official Paris Fashion Week calendar for the men’s spring 2022 season, the 1017 Alyx 9SM collection felt like a palate cleanser — and the film made you want to hop a plane to Stromboli for the active volcano, dramatic skies and otherwordly black sand beaches.

Matthew Williams said he’s visited this dramatic landscape often over the past eight years, and it dawned on him that the collection — which includes castaway shorts for him, swimsuit-like gowns and tops for her — matched “the elements of the island, the fauna and flora with textures and colors.”

After so many print-heavy collections and psychedelic rave themes this men’s season, Williams’ monochromatic ensembles — some sleek, others voluptuous — felt refreshingly free of narrative and razzmatazz. There’s still a cool detachment to his clothes, but less of an industrial tinge this time.

“There is a feeling of comfort overall while also being dressed up — the feeling of a new beginning coming up,” the designer said. “We don’t really work with mood boards or references, but more so design the collections as a continuation of the previous one.…It’s about perfecting and evolving the garments from one season to the next.”

The models traversed grassy paths, thickets of cacti and a rocky coastline as if they were headed home from the club and got very, very lost, stopping now and then to catch the sunlight with a mirror, as if trying to signal a passing plane.

Women’s looks were mostly body-conscious — bikini tops and short dresses that hugged the thigh, or longer ones in a halter style awash in beaded fringe.

Jordan Hemingway’s film was as straightforward as the collection, celebrating the island from sunrise to sunset. That’s a wrap! 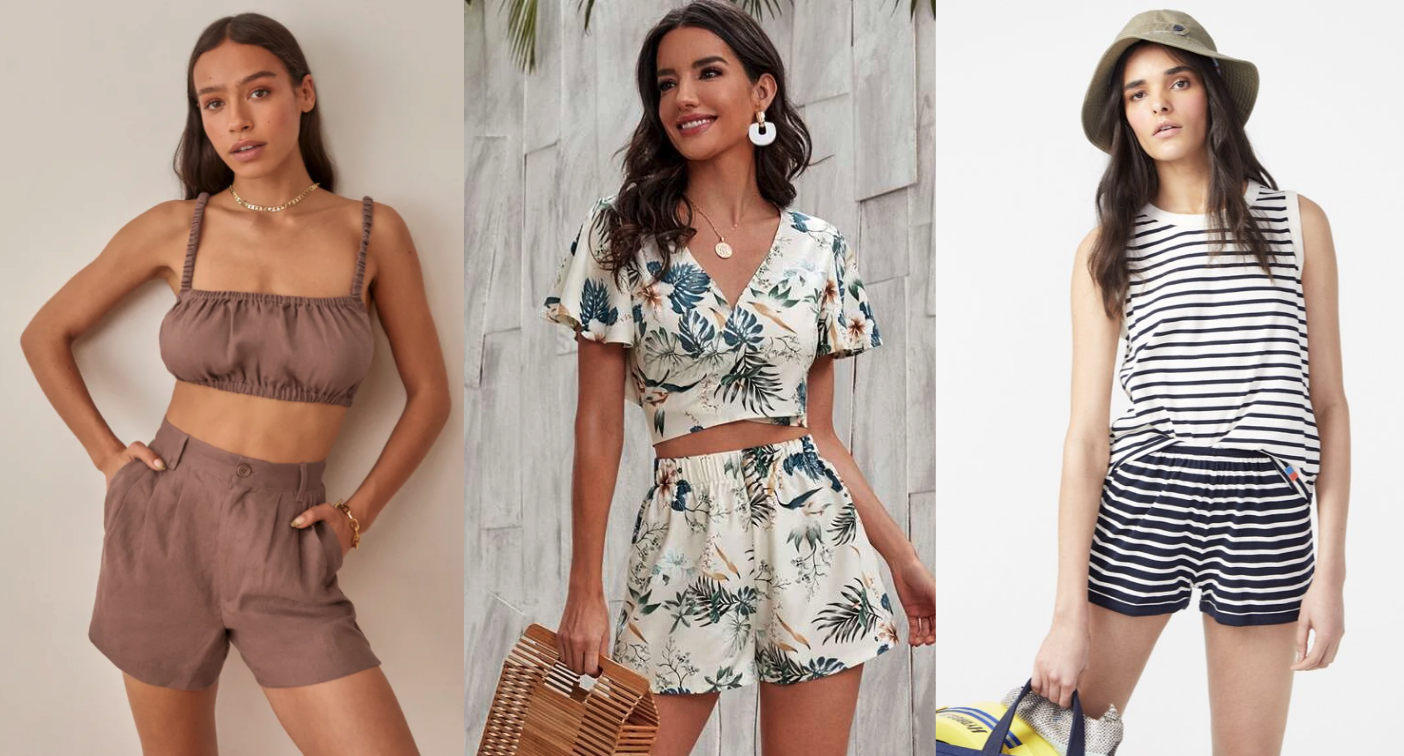 Next post 11 best short sets for summer to shop 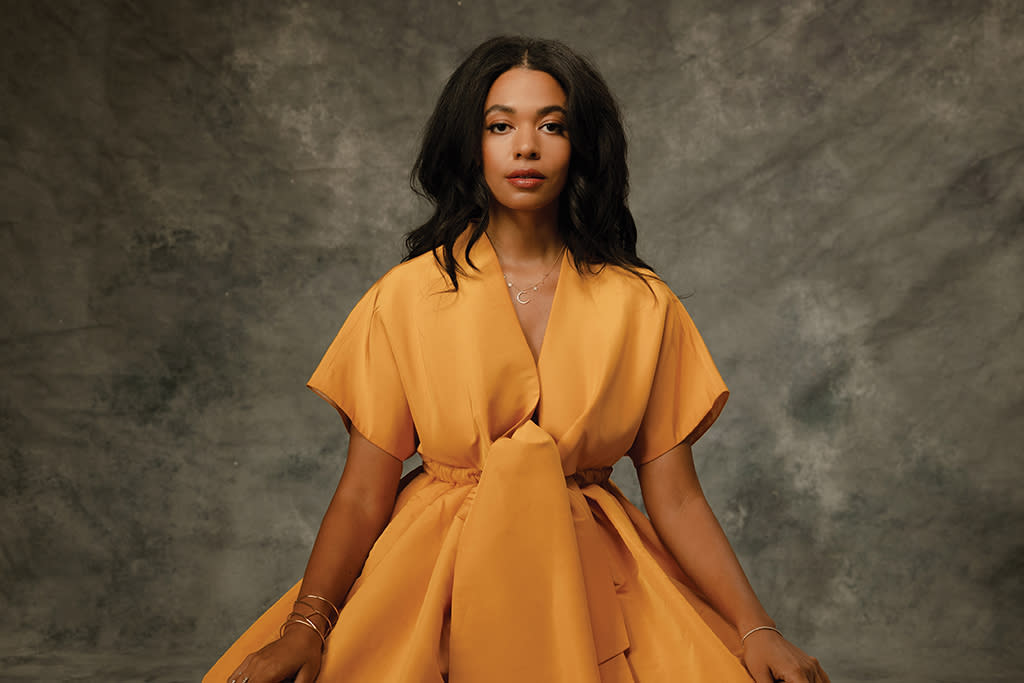 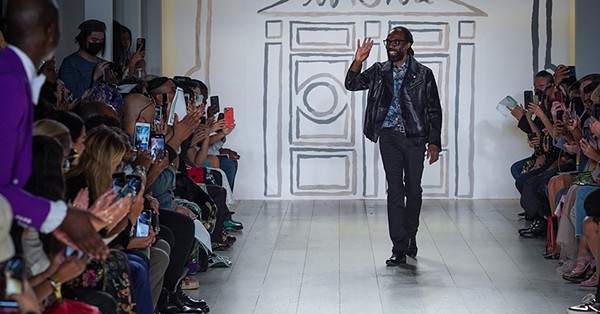